The door of Light 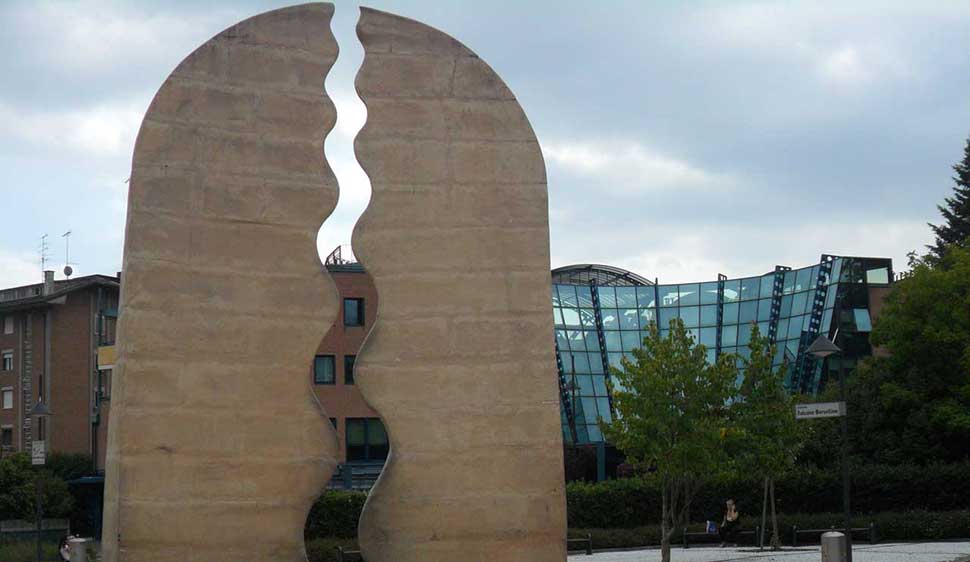 Falcone and Borsellino square is the "youth square of the town ", once it was a simple square used for parking, now it hosts works and monument that enhance the territory, like the Mosaic  in which you can find the city's symbol, the date of its official establishment, and certain essential elements regarding its position latitude, longitude and height above the sea.

In the outer part there is the Zodiac, symbol of the Universe and of the desire to know what each man has in himself.

SIC TRANSIT HORA, "so the time goes on" is the slogan repeated at the edge of the sundial. A reference to the past, when the time was marked by sunlight. The gnomon, (the part that acts as an indicator), has been achieved with a particular form. So every day, at noon, you can see a shadow on the ground with a very particular shape.

The mountains profile standing on the north side of the square reminds the silhouette of the Small Dolomites that ideally surround the square.

And finally, the "Gate of Light", with its four and a half meters highness, is one of the most visible element of the square. It depicts the two halves of a portal, which are not vertical and straight, don't meet the principles of the gate in its technical meaning, but are sinuous, irregular, fluctuating as floating is life.

The sculpture is the symbol of the transition between the various stages of human existence between the known and the unknown, between darkness and light.