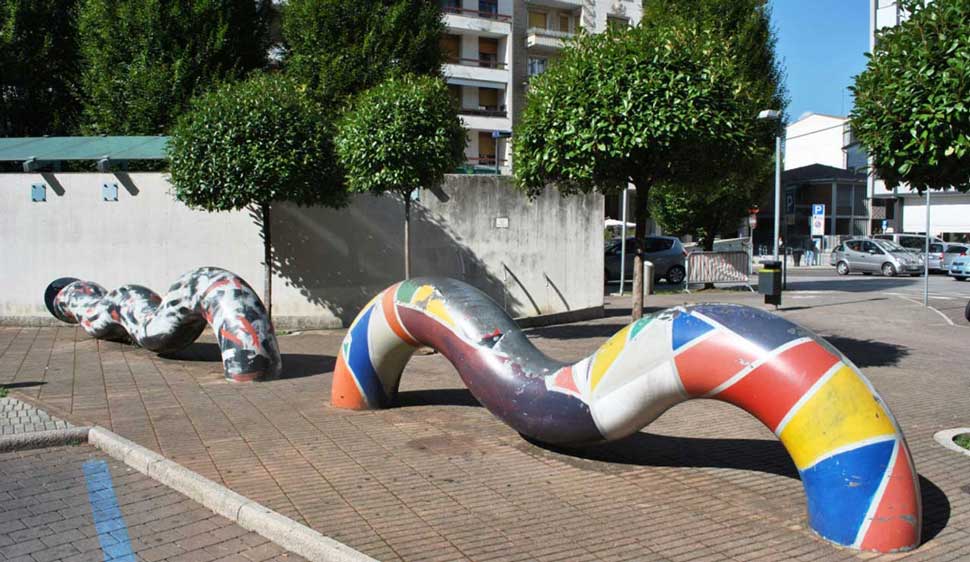 Tribute to the textile industry in Schio by Luisa Fontana architect

Almerico Da Schio Square, called  "Bao" square (insect) from the people of Schio,  is a project of urban requalification of the late nineties.

The square has got an high symbolic value especially if you admire it from the sky: it rapresents an out of scale red thread with a needle at the top trying to mend the urban landscape.

Two tips shuttle, oriented towards the castle, mark the perimeter of the square, while a gap sizes the floor identifying the pedestrian path: the two rising edges due to the cut, draw two inclined planes of the roof of the greenhouse and the grassy plain.

A series of small knots becoming seats and benches on the perimeter.

It rapresents an allegory of the industrial processes taking place in any woolen mill  ...