Monument to the Pasini brothers 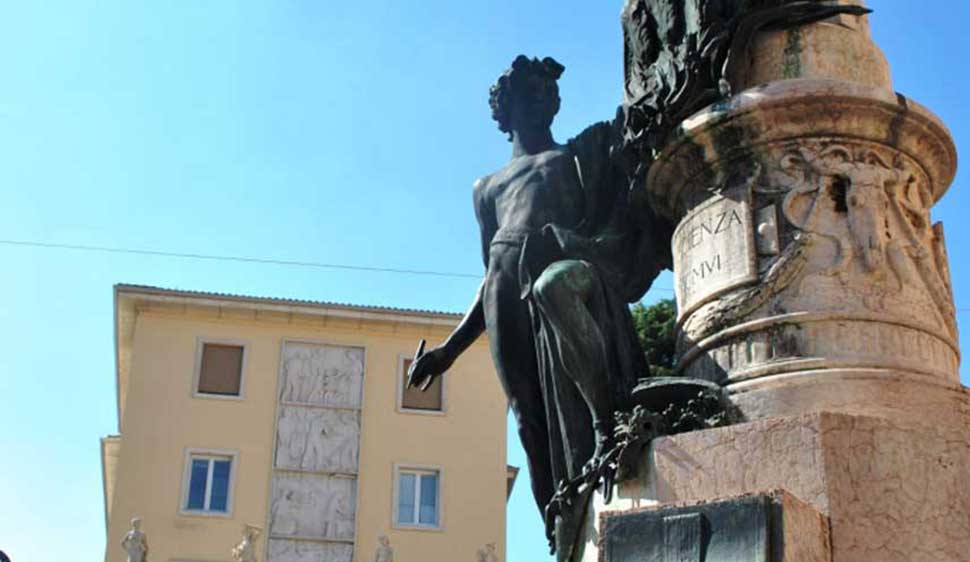 Monument of 1906 designed by Carlo Lorenzetti

Lodovico and Valentino Pasini were two eminent citizens of Schio.

The first (Ludovico), scientist, geologist, Vice President of the Senate of the Kingdom of Italy, Minister of Public Works, Chairman of the Institute of Sciences, Letters and Arts and one of sixty of the Order of Civil Merit of Savoy.

The second (Valentino) was one of the initiators of freedom in Italy. In 1848-49 he represented Venice to the Courts of Europe. He was an eminent economist and member of the new Italian parliament, acquireing much authority in the Ministry of Finance.

The tombstones are topped by a sculpture of a naked genius who holds a medallion bearing the name of Lodovico and Valentino Pasini.

In Schio there is also a street bringing the name of Pasini brother: here you can find the restored house in which they were born and a plaque commemorating the birth and death of two illustrious citizens.