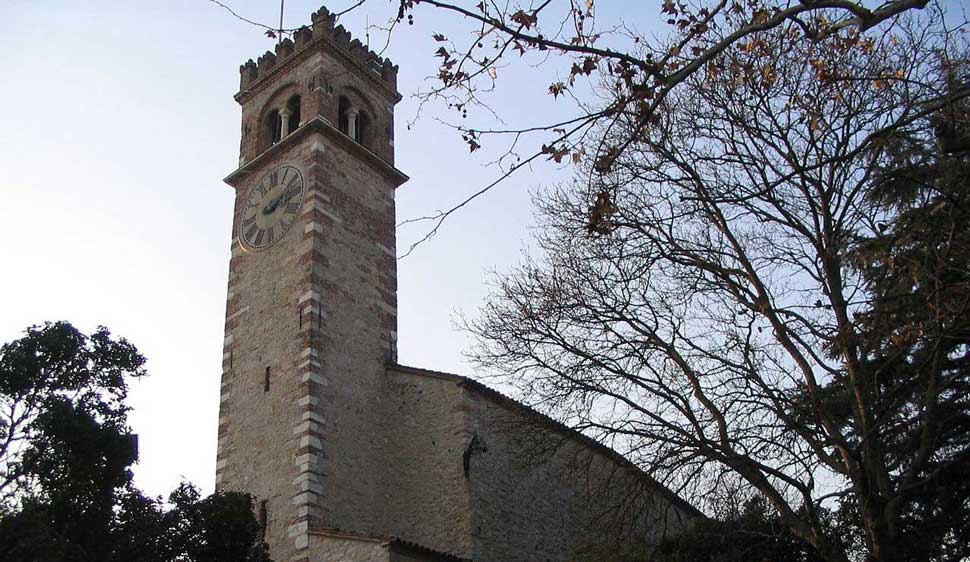 The first castle of Schio was build in the Iron Age.

The castle has had several "tenants", in medieval times the Maltraversi, Cont of Vicenza, which ruled until 1311.

Then it passed by the city of Vicenza to the Scaligeri of Verona and in 1382 it become property of Venice.

In 1514 the castle was destroyed by the Venician for fear it could fall into French hands during the War of the Cambrai League.

About the ancient castle now remains only the foundations of two towers, the embattled bell tower with the clock installed in 1900 (today it is considered the civic tower of Schio and the adjacent church of Santa Maria della Neve, sort in the late fourteenth centuryand rebuilt in the eighteenth century.

The church was deconsecrated in the early years of the nineteenth century to be used as military barracks by the French and Austrians. Later it becames a training ground for fortitudo and today is the home of the photography club Schio.

In the '40, during the Second World War under the hill of the castle, it was built a bomb shelter carved into the rock of about 500 square meters and a length of about 100 meters.

Now it is used as the curing and aging of wines and cheeses such as Castelgrotta. The hill where stood the castle is now a place in which people of Schio organize concerts and a place where they like walking durng sunny days.