The Live Concerts of CSC

THE PROGRAM OF THE NEXT CONCERTS OF CSC

Say Fausto Rossi as saying Faust'O is to say a cult, a part of the history of Italian rock. An exciting part, courageous and restless, an 'against' course that starts in 1978 with a landmark of Italian wave like Suicide (and little sugar, and J'accuse, eee ...) and unravels zigzagging in a never tamed research, including convergences with international scenes, experimental projects, bitter rock returns and fulminant (Blues, Exit, for example).

Fausto then leave space to its accompanying music on the piano and more specifically electronic interventions.

RadikaNera means roots in black music: Free to Go for different styles inspired by the Afro-American music through rock. The sound ranges now from Crossover to Reggae, from electronic to funk.

Present the new album "Give in to Whatever"

Two years after his first (and only) visit to Italy returns Emma Acs and his musical collective known as The Inbred Family.

Her music blends the imaginary and the Scandinavian style with French pop of the 60's by going through sounds that recall the Anglo psychedelia and Eastern themes (one of the characteristic features is the marked use of Sitar).

The first solo album, "Champagne", dates back to 2011 and is a real gem that combines all these influences.

Adele Nigro (vocals and guitar) and his two young companions of adventure, Erica Lonardi (bass) and Marco Giudici (drums), recorded a disc made of guitars and small poetry, a indierock - what dear to Modest Mouse, to Built To spill at Waxahatchee, the Pavement - sang with the blatant security reminiscent young Alanis Morrissette. Adele has talent to burn, sensitivity and an incredible strength for its just turned twenty-one years is one of the most courageous and credible Italian debuts of 2015. 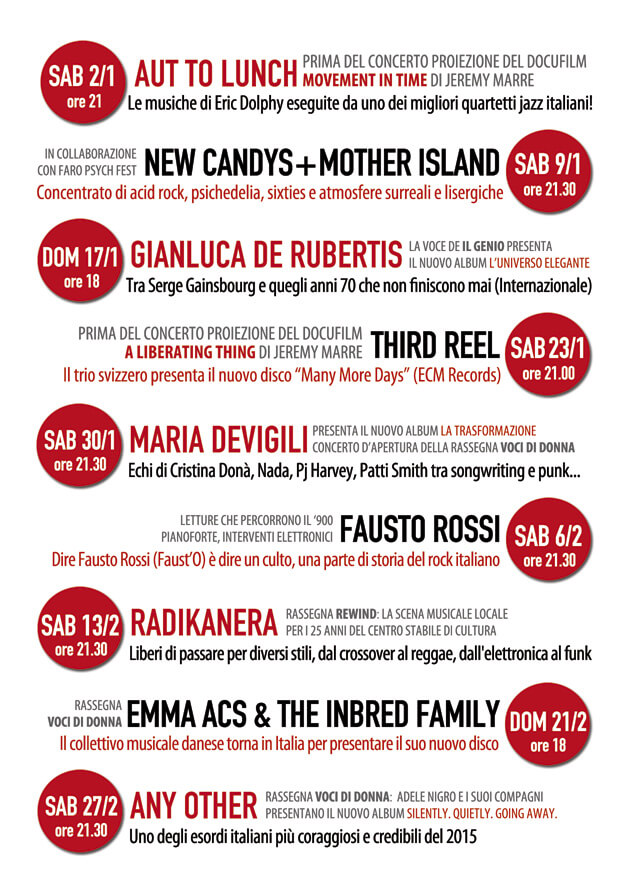